Have a good time playing these online logic grid puzzles. They are grouped by difficulty (very easy, easy and medium), so you can choose the right puzzle for you. 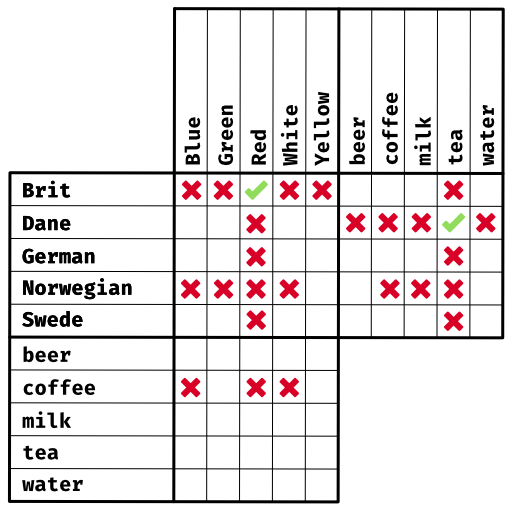 Play these basic logic grid puzzles to learn how to solve more difficult ones.

Aha! Puzzles has a great step by step guide on how to solve a logic puzzle. Check it out:

Visit our Printable Logic Grid Puzzles page to download a PDF version of any of these puzzles. Each puzzle has also a link to download their printable version.

Get notified about new brain games

One email every two weeks. No spam, ever!